Dark Before Harvest: Does Darkness Lead to Dankness?

The quality of buds depends on the percentage of THC and other cannabinoids, and growers go to great lengths to increase their levels. This also goes for the aromatic substances called terpenes. One of the popular ways to danker buds is the extended dark period before harvest. It can range from 24 hours to 1 week or even more. And don’t think that the usefulness of darkness before harvest is a myth. It’s not like there’s only some weak anecdotal evidence to support it. There are actually some compelling theories explaining why it happens.

One explanation of why dark before harvest improves the quality of weed is that mild stress may increase the production of resin in buds. Another way to stress your plants in a (supposedly) good way is to lower nighttime air temperature. Or even to cool down the root zone by watering your mature plants with ice-cold water. There may be some truth to it, so feel free to experiment, just don’t be sadistic.

Another theory says that such a reaction to extended darkness is an evolutionary mechanism. Here’s the logic: cannabis begins to flower when nights become longer and longer. This signals to the plants that they better hurry if they want to produce seeds before winter. Unpollinated female plants keep increasing the mass of flowers in hopes that at least some of them manage to catch pollen. And if nights are not just long but seemingly endless, the process of making more flowers (and more THC) reaches a frenetic pace. I personally don’t think it a good explanation. Such a response could hardly have evolved because in nature no one turns off the sun for several days in a row.

Yet another theory (which I like) says that at night sugars and starches travel from the above-ground part of a plant to the root zone and are stored there for future use. Now sugars and starches aren’t something that improves the quality of the smoke. On the contrary, they make it harsh and the taste unpleasant. To get rid of these unwanted substances (and the chlorophyll) growers slowly dry and cure their buds for several weeks. However, you can do the same with the long dark phase before harvest. At least, partly.

Finally, there is this explanation that seems to me very good science. It’s common knowledge that the content of THC and other cannabinoids fluctuates. It reaches the peak at the end of the dark period (night), and then cannabinoids get partly degraded by light during the day. It’s because cannabinoids protect marijuana flowers from the harmful effects of UV radiation. Naturally, they are spent in the process, and at night, plants slowly replenish them. So the obvious choice is to harvest your weed before lights-on indoors, or at dawn outdoors. By the same logic, with longer darkness before harvest, THC production may increase even more. And one more thing: some growers use shorter days and longer nights (like 11/13 flowering light cycle). It’s also supposed to make weed more resinous, but we’re not sure it’s true.

Many websites and forums refer to a study that was supposedly done on the subject by the Stichting Institute of Medical Marijuana (SIMM). We couldn’t find this publication (if there ever was any), but at least SIMM is a very much real organization. Well, used to be. Founded by an American activist James Burton, it was one of two licensed suppliers of medical marijuana in Holland and unfortunately went bankrupt within a year or two*.

The legend says that Burton and colleagues once conducted an interesting experiment. They harvested half of the plants in a regular way, but kept the other half in the dark for 72 hours. When they later analyzed the final dried product, the THC level in some of the strains was up as much as 30% compared to their counterparts harvested in a regular way. The content of CBD and CBN remained the same.

It’s the same as with cannabinoids. The concentration of aromatic substances in buds increases during the dark cycle. During the day, when the air gets warm and sometimes hot, part of the terpenes evaporate. For this reason alone, it’s very important to lower by a few degrees the daytime temps during flowering, and especially closer to harvest. Remember that terpenes and flavonoids don’t just make the smoke smellier and tastier. They also influence the character of the high through the so-called entourage effect.

Naturally, a few dark days before harvest contribute to the higher concentration of terpenes in buds. All growers who have tried keeping their plants in a completely dark room for 24h-48h or more report on how intense the smell becomes.

How Long Should You Keep Weed in Dark Before Harvest?

Suppose you’re not in a hurry and can wait as long as it’s necessary for buds to reach the peak of their quality. How long is enough?

Well, at the very least, harvest your buds at the end of their last night (the last 12 hours of darkness), and then manicure them under dimmed lights and dry and cure them in a dark room. Extending the dark period is even better. A 24 hrs long night will hardly make a difference that you’d notice. 36 or 48 hrs is more like it. As we already mentioned, experiments have confirmed the efficacy of 72 hours, or 3 days.

Some growers have shared stories of how they had to leave their plants in dark for 4-5 days and sometimes 1 week and even more. They generally say the nugs were fire, but very long periods with no light also made the buds less solid.

Beware of Mold and Bud Rot!

When you leave weed in dark before harvest, make sure the soil is dry. It’s a bad idea to water your plant before turning off the lights for good. First, lower humidity means higher THC. Second, by keeping both the medium and the air dry you decrease the risk of mold and bud rot. You won’t have a chance to inspect your plants for several days, so take all precautions if you don’t want to see your harvest completely spoiled.

Drying and Curing in the Dark Does the Trick, Too

When you cut a plant and hang it upside down in a dark closet to dry, it doesn’t mean that the plant is dead. It has no roots, sure, but it’s still alive, and the chemical processes inside it slow down, but carry on. So the idea of using the prolonged darkness to improve the quality of buds works here as well. Which means that when you dry your buds and later cure them, never expose them to direct light. Complete darkness isn’t necessary, but wouldn’t hurt either.

Darkness Before Harvest for Autoflowers

Given the huge popularity of automatic strain, no wonder people keep asking if they can give a dark period before harvest to their autoflowers. Of course, you can. All the principles above apply to any cannabis plant, including autos.

Darkness helps marijuana plants replenish THC and terpenes. During the day, THC partly degrades and terpenes partly evaporate. So the best time for harvest is early morning. And if you extend the night before the harvest to at least 2 days, you can (arguably) get more flavorful and potent buds. We’re sure many of you have already tried this method. Did it work for you? Please share! 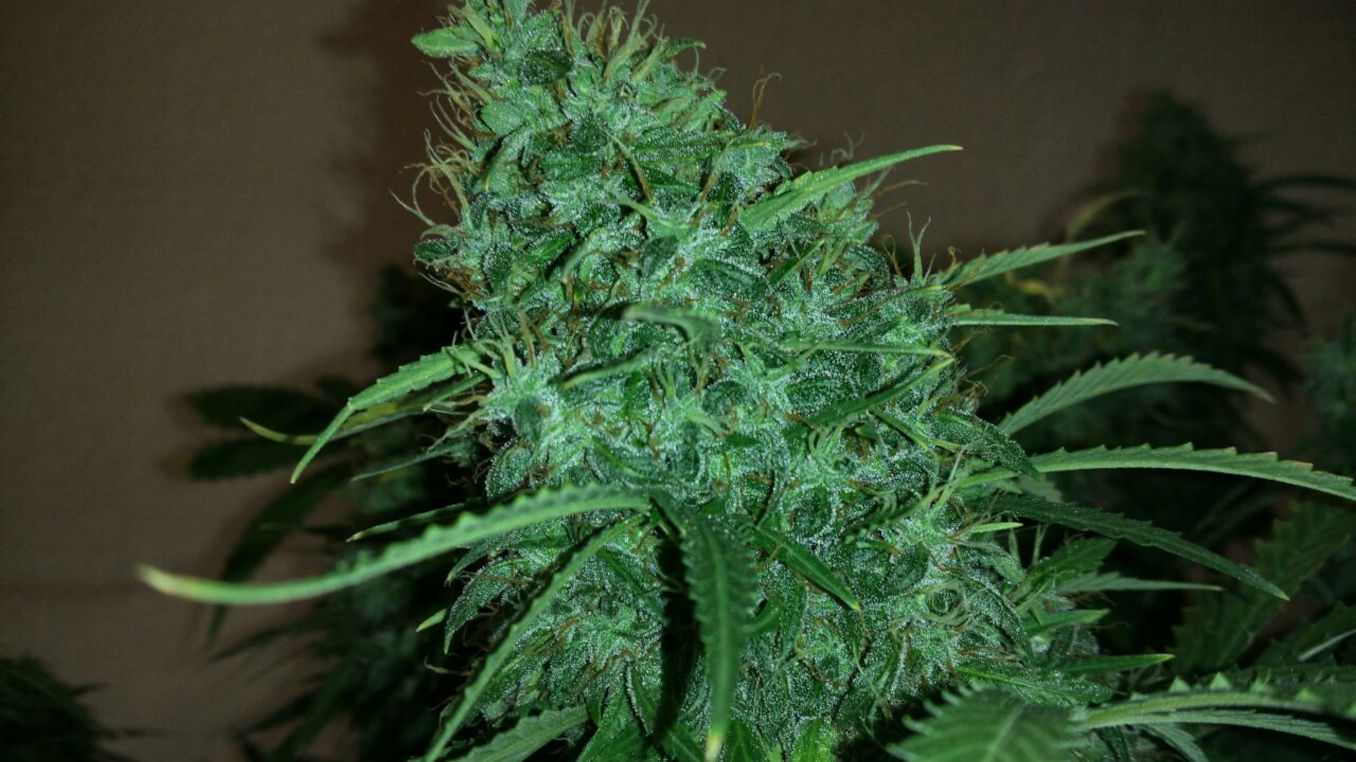 Organic farming is such a hot topic right now for the simple ...

Autoflower Defoliation Sweet Spot: When and How Much?

Not long ago, people used to think of autoflowers as something ...

Dark Before Harvest: Does Darkness Lead to Dankness?

The quality of buds depends on the percentage of THC and other ... 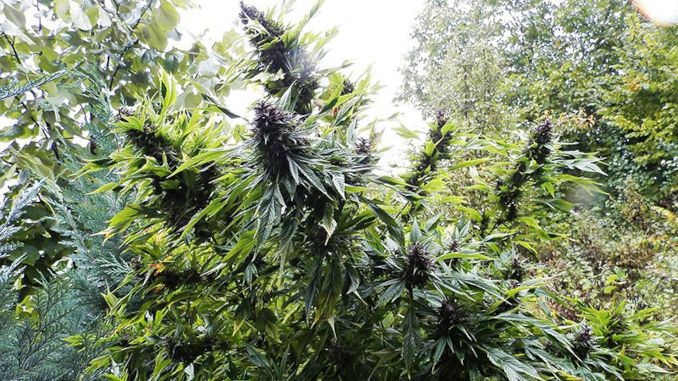 The very fact that we compare outdoor vs greenhouse vs indoor ... 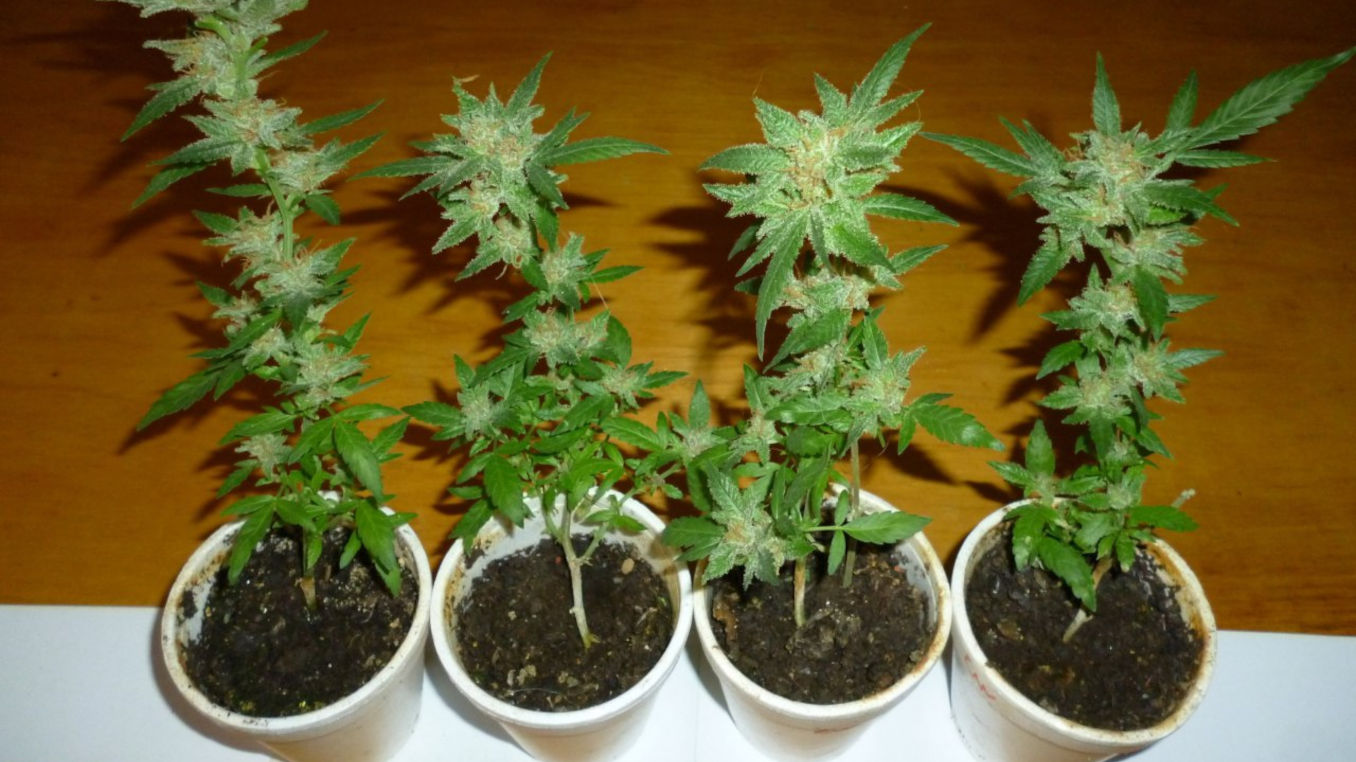 12/12 From Seed to Harvest: When to Choose This Method 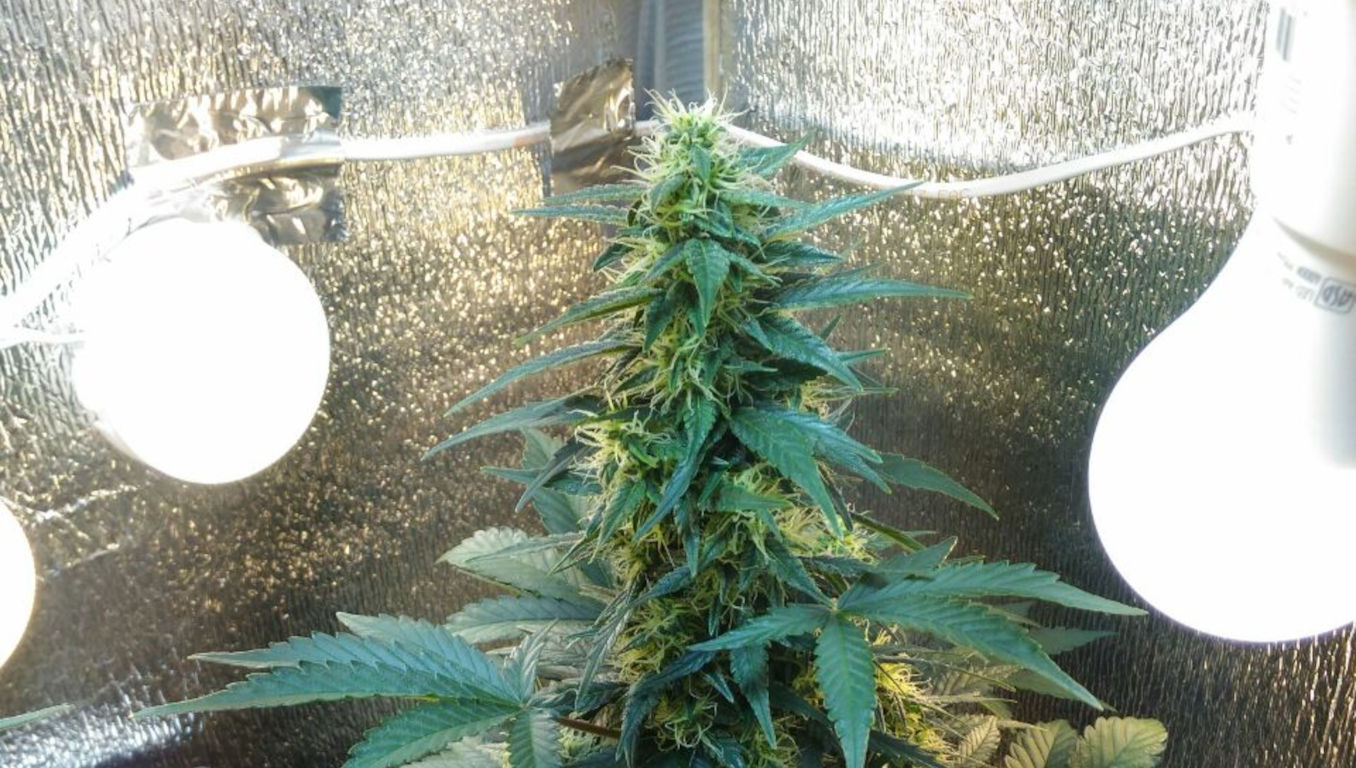 11/13 Flowering Light Cycle: Can it Improve Your Grow?

When growing photoperiod marijuana, it’s a standard practice to ...