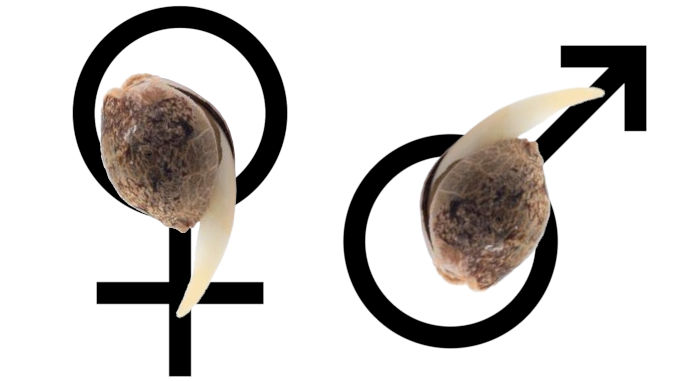 When you go to a seed shop, all you see is feminized seeds. Most customers just buy whatever everybody else buys, but some people don’t like the idea of their seeds being genetically modified, and so they are suspicious. If you too have second thoughts about buying feminized seeds, our post will help you make an informed choice.

Feminized cannabis seeds are the seeds that have been genetically manipulated in such a way that the plants grown from them are almost always female.

In contrast, regular seeds grow into plants that can either become male or female, with more or less a 50/50 chance.

If you want more details and insights into the biology and history of feminized seeds and what to expect of them, we’ve written a separate post about it.

The short answer is NO, they’re OK.

It’s true that some 30 years ago—when fems first made their appearance on the weed scene—growers routinely ran into problems with feminized seeds. The reason was that, initially, the process of feminization involved too much stress. As you might know, stressed marijuana plants often turn into hermaphrodites. And if they later produce seeds, those seeds inherit this feature, too. Meaning the seeds harvested from hermie plants grow into hermies as well if they’re stressed even slightly.

Fortunately, today’s market—with its huge supply and ruthless competition—forces breeders to eliminate stress from their practices. Most of them offer customers very stable genetics. I myself have seen regular plants change sex for no particular reason. And fem plants that were standing next to them were perfectly alright. So, feminized seeds aren’t good or bad per se. It all depends on the breeder who’s made them.

So Are Feminised Seeds Better Then?

I risk making purists angry, but I think that yes, they are. If you grow cannabis for buds, the choice of feminized seeds vs regular is a no-brainer.

With regular seeds, you’ll have to plant twice as many seeds as you need. Don’t forget that half of them will produce males and you’ll throw them away. This will leave gaps in your grow room that’ll have to be filled somehow. Besides, it’s a waste of resources if you take care of a plant for several weeks, and then it goes in a trashcan.

You’ll also have to watch your plants vere closely after you flip the switch to 12/12. It’s the time when plants reveal their sex, and males must be discarded IMMEDIATELY. You should never risk leaving them in your grow room for an extra couple of days for whatever reason. Even one pollen sack could ruin your whole crop.

And when you grow pot outdoors, guerilla-style, and can’t afford to visit your secret patch very often, the possibility of even one plant turning male in your absence is a major headache. Hell, cross-pollination can happen even if male and female plants are within 10 miles of each other, let alone in the same patch!

With feminized seeds, you’ll have none of these worries.

The yields that you can expect from cannabis seeds don’t depend on whether they are feminized or not. So, if you go to a seed shop and see two versions of the same genetics—feminized and regular—rest assured that both yield exactly the same. Yields may be high or just average, but either way it has nothing to do with feminization.

The main disadvantage is the higher price compared to regular seeds. However, recently the prices have been going down. At least some breeders sell their feminized beans very cheap.

One more (rather obvious) thing is that if you want to produce your own seeds the old-fashioned way (when male and female plants grow next to each other, and pollination occurs naturally), you can’t do it with feminized seeds.

And even if you want to make your own feminized seeds (which is not so hard btw), you have a choice to use either feminized seeds or not, but it’s probably best to take genetics that are more ‘natural’, that is regular seeds.

Another drawback has more to do with the integrity of a particular breeder. And it doesn’t matter whether they make feminized seeds or regular. If they’re in a hurry to market half-baked strains and make a profit, it’s one thing. In this case, you may expect a great deal of variance of phenotypes. Probably, also a fair share of hermies and mutants from both feminised or regular seeds. But if they make sure to stabilize their varieties over several generations, it’s a totally different thing.

So read reviews about a breeder and their strains, look for how stable their plants are and whether growers have ever problems with hermies. If the breeder checks out, their feminized seeds can be better than non feminized seeds by another, less scrupulous breeder.

Purists and traditionalists never win in the long run. Progress always does. So don’t look down on such a wonderful modern invention as feminized seeds. In most situations and contexts, they are your best bet. 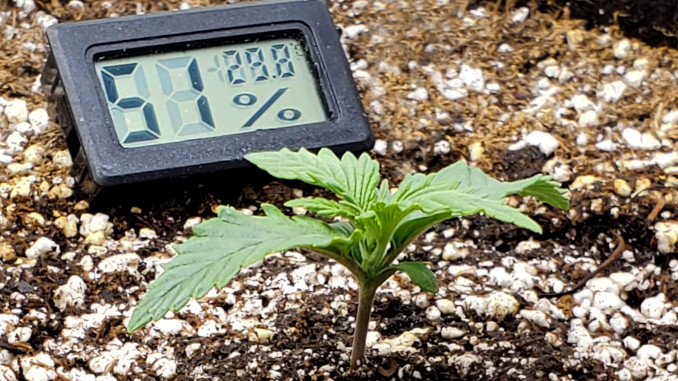 When you grow cannabis of any variety, either photoperiod or ...

Making a choice for feminized seeds vs regular isn’t always ... 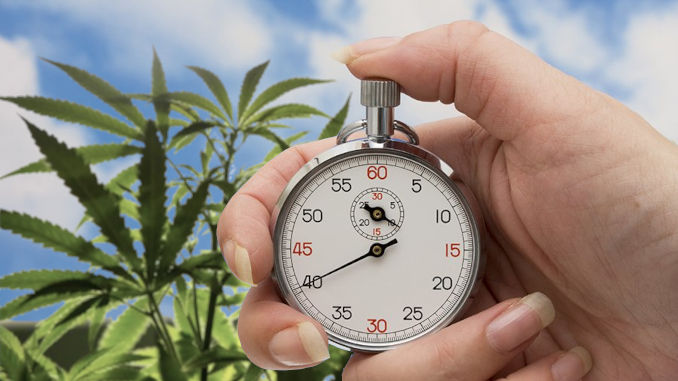 Autoflowering vs Feminized: What’s Best for a Casual Grower?

When you go to a seed shop, the most conspicuous categories you ... 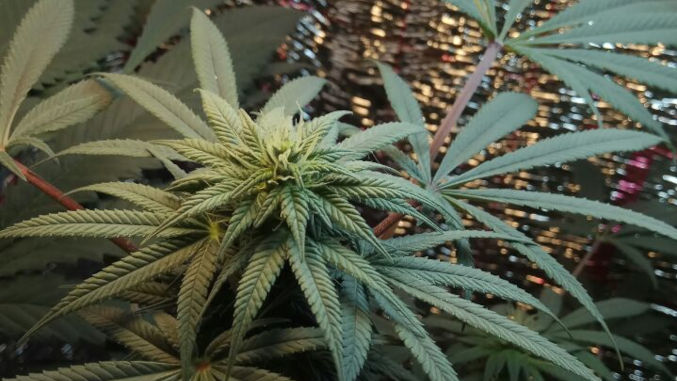 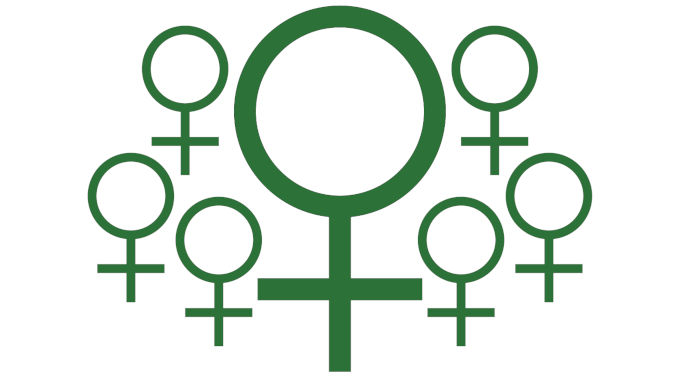 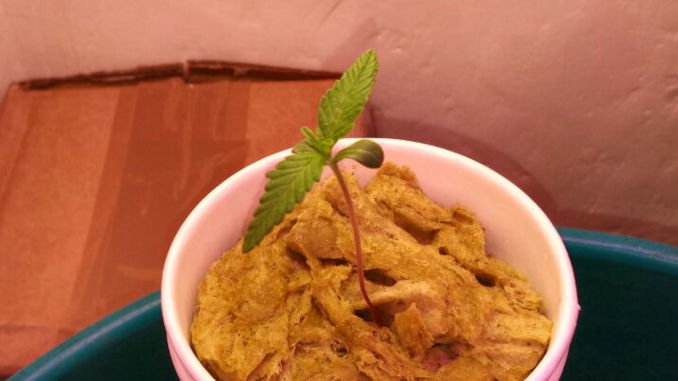